An exciting science fiction film - the innovative product of The Hybrid Project, an ambitious collaboration between designers, artists and film-makers. 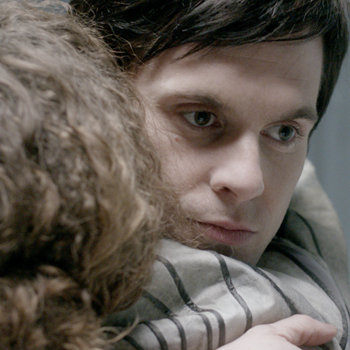 Alex is an engineer working in the dystopian underground living facility Securos where the air supply is rapidly depleting and endangering human survival. Every day, Alex works alongside her best friend Nick trying to find a solution, whilst privately dreaming of an alternative life to their oppressive existence. The Minister, political and spiritual leader of Securos, announces his decision to enforce sacrifices across the population in order to sustain what little air supply they have.

While investigating a broken vent, Alex discovers an ancient manual which enlightens her to the true history of Securos and provides her with information she believes will enable her to fix the air supply problem and prevent the sacrifices. However to do this she must defy the Minister’s rule and find a way aboveground; risking her life by facing the catastrophic windstorms on the Earth’s surface, and imprisonment or worse if she is discovered.

Driven by her pursuit of truth and determination to save those she holds dear, Alex finds her opportunity to experience a world outside of Securos. AIR is about the courage of independent thought and the power of an individual imagination.

As the work partner and best friend of fellow air-systems engineer Alex, Nick tends to the life support systems, cautiously navigating the complicated social and religious rules of their society which outline their history and purpose.