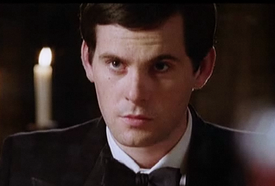 Jacko Argyle was hanged for the murder of his step-mother, but the whole family had put the tragedy behind them and moved on, until a stranger provides an alibi that proves Jacko's innocence. Suspicion falls on every member of the isolated household when it transpires that they all are much happier since the death of the matriarch and none of them had a cast-iron alibi. Miss Marple is conveniently on hand to solve the mystery.