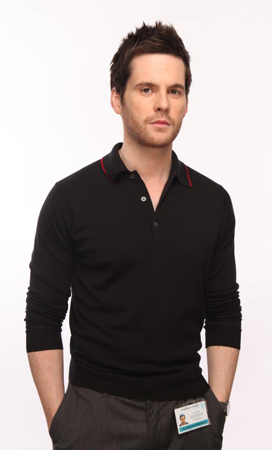 Monroe is a brilliant and unusual neurosurgeon. A flawed genius who never lets anyone forget his flaws or his genius. Each episode features one compelling story of the week about life or death situations.

In series 1 stands Monroe, his trainees, his anaesthetist and his poker school - and his female colleague, heart surgeon, Jenny Bremner, who has contempt for his cockiness.

The series tells heightened emotional stories and is shot through with dark humour, portraying the pressures and pleasures of high-end surgery in a modern urban hospital.

Series 2 finds Monroe (James Nesbitt) and the medical staff at St Matthew’s hospital 18 months on from series one. Still the wise cracking, irreverent and brilliant neurosurgeon he always was, Monroe is about to face a number of changes he could really do without, with new challenges coming from ex-wife Anna (Susan Lynch) and son Nick (Perry Millward). Meanwhile Bremner (Sarah Parish) and Shepherd (Tom Riley) are still a couple and dealing with an unplanned development, which threatens the future of their relationship and their professional lives. (via ITV)

Monroe’s anaesthetist Shepherd is also his best friend. His hapless love life provided a constant source of amusement for Monroe in series 1. In series 2 Shepherd is also Bremner’s partner and first-time father to Louis, a situation that is set to put him under increasing pressure as he begins to doubt his relationship with Bremner.

Episode 1 showreel clip from The Look