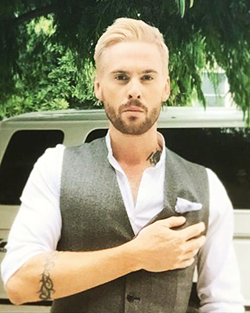 When a struggling writer, HIV positive for 20+ years, accidentally deposits a $100 birthday check, he is dropped from his health plan for earning too much. In this new era of sort-of universal care, can he take on a helpless bureaucracy but also come up with $3000 a month to buy meds on his own?

Tom Riley as Mike, the man Dan crosses paths with so often it must be fated, brings an understated performance whose natural rapport with Roday provides much of the film’s heart. Vulture Hound

PD TRAILER from MrD on Vimeo.