The latest TV Times issue has a Spring TV news feauture, which includes a piece about Tom Riley shooting the Dark Heart series. Access the magazine via Press Reader. Last week we had nothing, but this week Tom Riley fans have had quite the treat, with a number of great photos of Tom filming on location being shared by the Dark Heart cast and crew. Fingers crossed for lots more! On Twitter, Andrew Christy kindly shared the above photos, with promises of more when the episode airs.

This week's locations have included Sheerness in Kent, Newham and the Royal Victoria Dock in London, and today they seem to be filming in a disused part of Guy's Hospital in London. 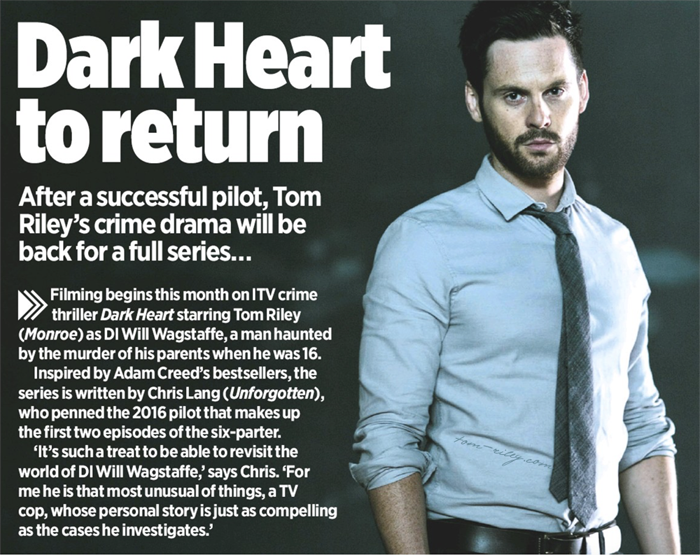